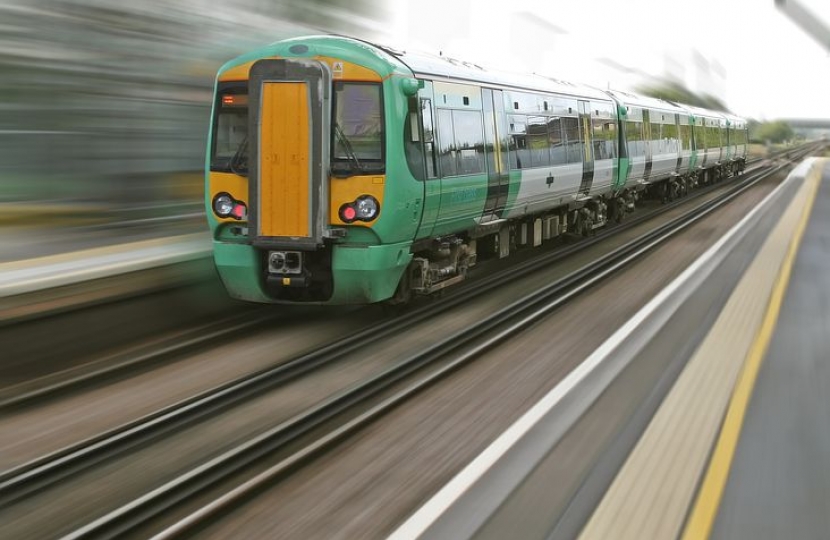 Therese met Network Rail’s Anglian Route Director, Mark Budden on Tuesday to get to the bottom of the widespread disruption affecting rail services in the region. She was joined by two other Suffolk MPs, Jo Churchill and Tom Hunt. On the call, Therese reiterated the feedback she has received from constituents about their confidence in the rail system collapsing.

As well as an issue with the new trains, Network Rail were clear that the major issue is down to signalling problems. They confirmed that an incident had taken place in late November on a level crossing in Norfolk where a train came in to too close a proximity to vehicles - and it was determined that a signal to detect an incoming train had been lost for a short period of time. The incident prompted a full review of the entire Anglia route.

Therese said: “The disruption has been incredibly frustrating, but I understand that concerns for safety are the top priority and rightly so. I am pleased that Network Rail have responded and have implemented additional mitigation to ensure trains can still run. I have been assured that a normal service has now been reintroduced on most routes. I will continue to follow these issues up with the Transport Secretary.”

Suffolk Police get £9m Boost to Keep us Safe

This week in Parliament the Government announced the Police Funding Settlement, which sets out the biggest increase in funding to our police forces in a decade.