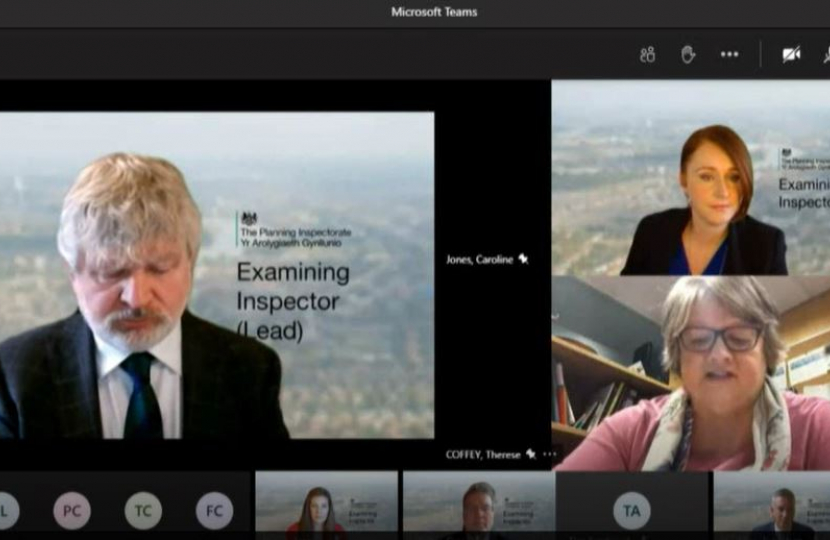 Earlier this month, the Secretary of State granted full development consent for the East Anglia One North and East Anglia Two Windfarms. Whilst Therese has always supported the offshore elements of the application to help realise our net zero ambitions, the decision came as a great disappointment regarding the onshore substations.

"I engaged extensively throughout the planning process. Liaising with Suffolk Energy Action Solutions and Substation Action Save East Suffolk. My verbal and written submissions to the hearings advocated that considerable weight should be given to the emerging National Policy Statements for Energy which state that cumulative impact must be considered - and place an expectation on applicants to coordinate multiple projects and demonstrate how the optimum connection locations have been identified. Having now carefully read the decision report, I recognise that the examining authority took these into account but I question the weight that was attributed to them. Especially, in the context of future projects, the cumulative effect seems to have been set aside, despite a High Court ruling last year.

Furthermore, National Grid has recently revealed to me that they have not looked into my suggested alternative site at Bradwell in Essex. Bradwell is the site of a disused nuclear power station and while it would need to upgrade or build a new transmission network, it is a brownfield site that could accommodate multiple projects. As the examining authority clearly recognised the significant harm to Suffolk’s precious landscape from the onshore infrastructure associated with this application, I am disappointed that a more thorough demonstration of site selection was not required.

I was also disappointed that other projects and the government’s Offshore Transmission Network Review were not fully taken into account, especially in relation to the reasonable expectation that the applicant look into the possibility of sharing transmission networks with other projects in more suitable locations. This is why I had supported a split decision which would have enabled Scottish Power to get on with the offshore elements of the windfarm, reserving the onshore decision until they had done that work.

Unfortunately, now that the development consent order for these applications has been granted, the only way to change the decision is for a judicial review at the High Court. That will be for local residents and organisations to consider as it is an expensive process. As for me, I will increase efforts to stop this decision from having a domino effect on other applications for other offshore windfarms and interconnectors.

I have, therefore, written to the Energy Secretary asking what reassurance he can give me that any future application will need to demonstrate a thorough and robust site selection assessment so that connections can be brought onshore in areas that will do less harm to this precious part of the Suffolk coast."