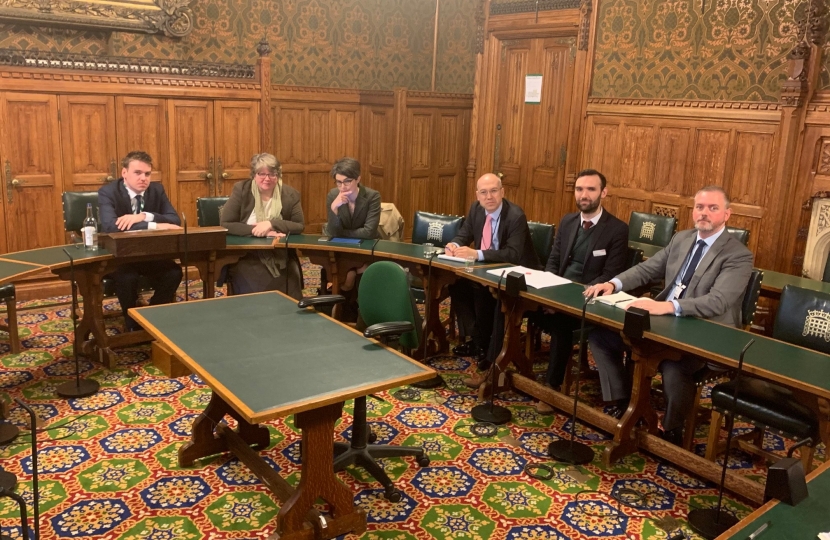 The recent problems on the rail network have affected numerous services including on the Ipswich to Peterborough Line, the East Suffolk Line and the Great Eastern Mainline. The causes of these problems have been reported in the press and they were discussed at the meeting. Signal failures, technical failures of trains’ software, seasonal weather issues and the disruption to the introduction of new trains and the related driver training have all been blamed.

East Anglian Members of Parliament had been keen to meet Network Rail and Greater Anglia to express the increasing frustration of constituents who have experienced delays and cancellations, and to get a further understanding of what has gone wrong and how things can be improved going forwards.

Greater Anglia have agreed that last autumn was challenging and that better performance is needed in the future.

Tom Hunt MP also raised more general issues such as rail fares, the disruption to passengers caused by frequent mainline works on Sundays and the importance of upgrading rail junctions to increase capacity.

“The rail disruption over the Christmas period and into the new year has been unacceptable and I have received lots of correspondence from constituents about this issue. I know how frustrating all the delays and cancellations are to people looking to go about their business or to see their family over the festive season. During today’s meeting, I was pleased to be able to raise many constituents’ concerns with Network Rail and Greater Anglia.

“In addition to the cancellations on the East Suffolk Line, the Ipswich to Peterborough line has been a particular concern with many passengers learning their trains have been cancelled while waiting at the platform. I appreciate that Network Rail and Greater Anglia were able to provide a significant amount of technical detail regarding how initial signal failures had knock-on effects on the introduction of new trains and the training of drivers to drive them. I do, however, maintain the view that a little more common sense could have been used to prevent these problems spiralling out of control in the first place, particularly when it comes to introducing new trains in the more difficult winter months.

“As well as the particularly disruptive period recently, today’s meeting also presented an opportunity to raise other rail issues of importance to Ipswich. These include the frequent interruption of regular services between Ipswich and London on Sundays due to work on the mainline, leaving many passengers faced with the prospect of long replacement bus service journeys. I also underlined that overcrowding is a big problem, and one which I have experienced first-hand. This is not a comfortable or productive way to travel for passengers who often have to pay over the odds to travel.

“Finally, I am glad that there was broad consensus in the room to work together to lobby for more funding for East Anglia. As I have said many times before, our region has been historically underfunded and we need additional investment if we are serious about levelling up the whole country.”

“I welcomed the opportunity to join with other MPs and challenge Greater Anglia and Network Rail about the travel chaos on our local trains.  I and my constituents have been caught up in this, with people unable to get to work and children unable to get to school."

“Suffolk Coastal constituents deserve better and I will keep pressing on this issue until there are significant improvements.”

Home But Not Alone Service

A new ‘Home But Not Alone’ service has been launched to help connect people who want to volunteer with neighbours who are most in need as a result of the Covid-19 pandemic.