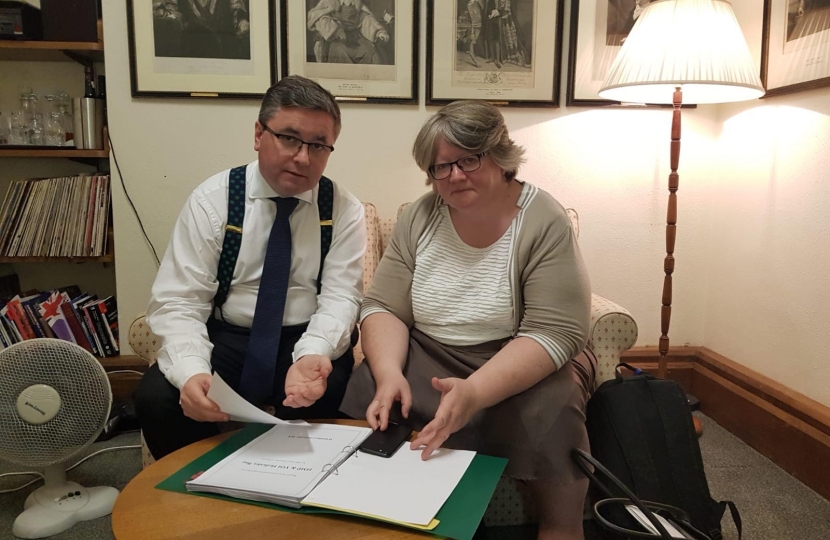 Therese has received assurances from the Justice Minister that HMP Hollesley Bay is fully addressing previous weaknesses in public protection. The Suffolk Coastal MP met Robert Buckland QC MP, following a report published in March by HM Chief Inspector of Prisons, which found that almost 40% of prisoners at Hollesley Bay arrived in open conditions without a full assessment of their risk.

Therese said: “I was deeply concerned by the March report which undermined the trust of local communities and the wider population, who expect that rigorous process is followed. I am, therefore, pleased to report that the prison has now made several changes to protect the public. These include ensuring the full implementation of the Public Protection Manual, enhancing its own public protection policy, rolling out new training for all staff and regularly reviewing public protection through a weekly, minuted meeting.”

As the prison has implemented these concrete steps, senior staff within the prison – as well as the Prison Group Director – have continued to monitor progress. With the Justice Minister now confident that the prison has the senior support required to improve.

Therese added, “I reminded the Justice Minister that local residents needed confidence that when prisoners are moved to an open prison that the necessary safety and suitability checks had been made. I’m glad changes were made straight away following the report and I will continue to monitor progress."