Therese follows up on Port of Felixstowe container delays 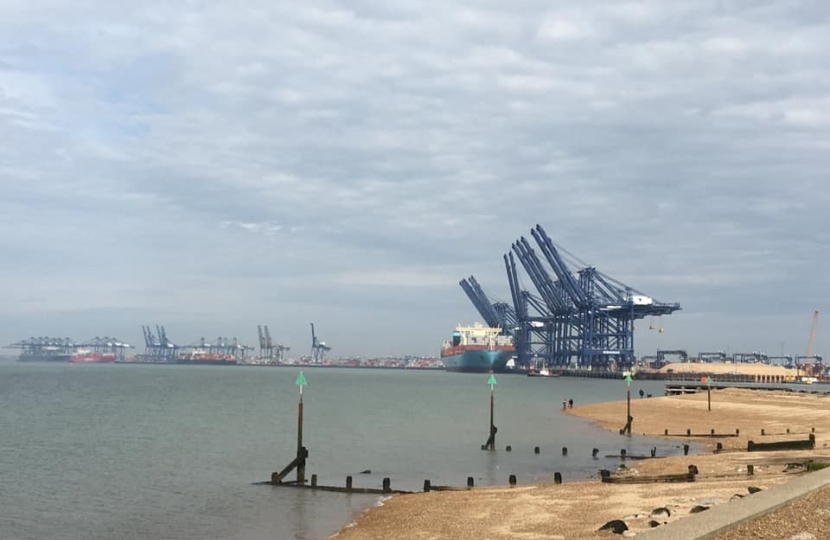 Clearly, with Felixstowe being the premier port in the UK, any issues releasing containers from the quayside has consequences for containers being able to come into the port.

Therese said: "As the local MP, I have raised these issues with the Transport Secretary, Maritime Minister and also with other colleagues. The Port is working hard to resolve these problems - and so is the government. Including providing additional training places through skills boot camps backed by £17m of government funding - with participants being guaranteed a job interview afterwards."

I recently signed a joint letter to industry, describing the action my department is taking to support those returning to driving and helping jobseekers become HGV drivers where appropriate.

I also followed up with the Transport Secretary about the provision of safe, secure and high quality lorry parking in the context of the closure of the Orwell Truckstop. He has promised to reinvigorate work on lorry parking with trade and driver representatives, working with businesses, National Highways and via planning to improve the quantity and quality of overnight facilities, as well as access to facilities during the day. I will keep pressing on these issues."

Therese follows up on B1127 Road Flooding Issue

A statement from Therese on the B1127 road closure:

"Thank you to local residents who have contacted me regarding flooding on the B1127 near Reydon - and the subsequent road closure and diversion which has caused disruption.