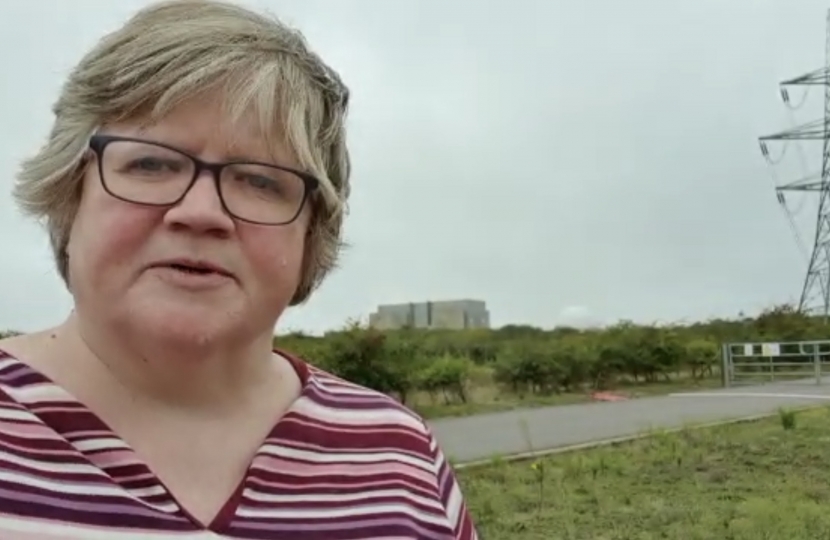 Therese has today welcomed the publication of the Government’s Energy White Paper which sets out plans to decarbonise the UK’s energy supply by 2050 as well as advancing the Sizewell C project.

Building on the Prime Minister’s Ten Point Plan for a Green Industrial Revolution, the Energy White Paper sets out specific steps the government will take over the next decade to cut emissions, whilst supporting hundreds of thousands of new green jobs.

Therese said: “Tackling climate change is one of the top priorities for this Government. We were the first G7 country to legislate for net-zero and today’s plan establishes a permanent shift away from our dependence on fossil fuels.”

“As part of that process, I’m delighted that the government will now enter into negotiations with EDF about advancing the Sizewell C project, which is not just important for the UK’s future energy supply but will create thousands of local jobs, including well-paid, long term jobs. In the month that EDF have made positive changes to their planning application, this is especially welcome.”

Therese added: “The Energy White Paper also gives us the opportunity to create a more coordinated and integrated approach to how offshore energy firms bring their electricity back onshore to the national grid and how the planning system deals with that. This is an issue we’ve been wrestling with locally with SPR’s proposals for substations at Friston. The Offshore Transmission Network Review is starting to deal with this but further regulatory change is required – which I and other colleagues will continue to lobby for.”