Statement from Therese on the EU Withdrawal Agreement 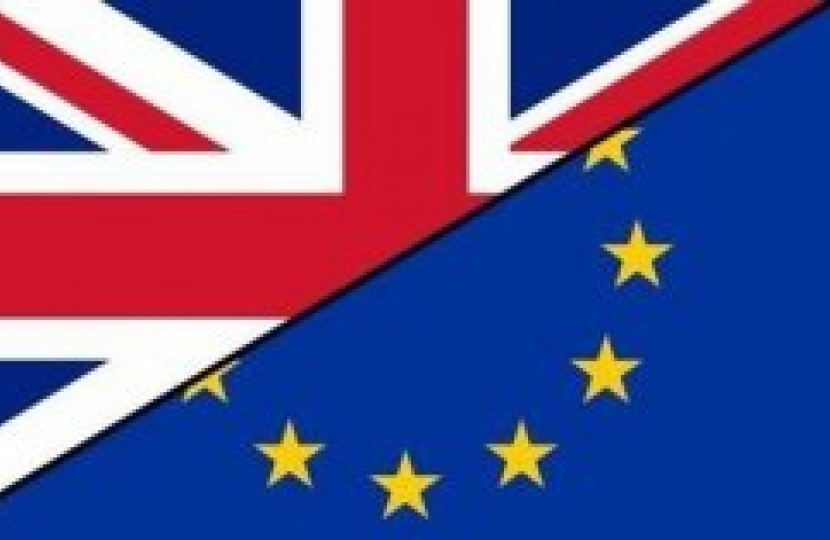 THE UK IS LEAVING THE EU ON 29TH MARCH 2019...NO IFS NO BUTS...WE HAVE STILL TO AGREE OUR FUTURE TRADE DEAL

I have received a large amount of correspondence regarding Brexit in the last week, offering a variety of opinions on what we should do next as a country and how I should vote in Parliament.

I have already voted so that the UK will be leaving the EU on 29th March 2019. There will not be a second referendum. The 2016 referendum vote was close but decisive, with over 72% of the population expressing a view. That is the highest turnout of voters in nearly 25 years.

I think there has been a HUGE misunderstanding about the withdrawal agreement published last week. It is NOT the future trade deal. It is the legal text proposed for the Withdrawal Agreement that sets out a detailed process on leaving the EU and the operational rules for how the implementation or transition period will work in practice. Yes, it contains the so-called backstop on Northern Ireland and it has a new option where we could extend the transition period if we have not agreed the new future trade deal by 2020, rather than use the backstop.

Why have this transition period at all? We don't want to disrupt business and jobs by them having to change rules or processes more than once. But I don't think we will need to use the backstop or extend the transition period as we have already significant progress on the principles for a future trade deal, which are set out in the outline political declaration. This was the more important document published last week. This deal will mean we take back control of our borders, our laws and our money while protecting jobs, security and the integrity of the United Kingdom. We are already agreeing the end of freedom of movement, the freedom to negotiate our own trade deals with other countries around the world, zero tariffs in a free trade area for goods, the UK as an independent coastal state on fisheries and no longer part of the Common Fisheries or Agricultural Policies. There is lot more detail but this short paper is being discussed and negotiated intensively this week to produce a much more detailed paper on which Parliament will vote alongside the withdrawal agreement. This future deal will deliver the referendum outcome.

I will continue to support the Prime Minister, Theresa May, who is handling one of the most challenging and complex negotiations any PM has had to face. Her leadership and resilience are key to securing that comprehensive future trade deal.

I would encourage you to look at the political declaration, the "explainer" to the agreement, which you can see here and this summary is also helpful.

I will update this again next week.