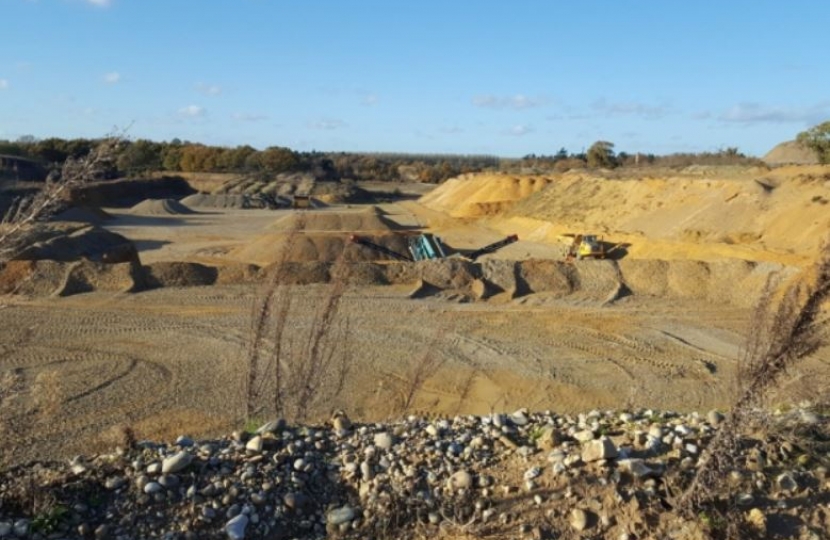 Therese has welcomed the decision by the Planning Inspectorate to halt the proposed extension of Wangford Quarry into the Parish of Reydon, following the public examination of the Suffolk Minerals & Waste Local Plan.

In a letter setting out his interim findings, Planning Inspector, Nick Palmer found that given its location in the AONB, which has the highest status of protection under the National Planning Policy Framework, there were no exceptional circumstances which would justify an expansion of minerals development into the Lime Kiln Farm site.

Therese, who has been campaigning against the expansion of the quarry and made representations at the public hearing said: “This is great news – and demonstrates the strength of the National Planning Policy Framework in protecting the environment. This was the only proposed site in the plan which sat within an Area of Outstanding Natural Beauty and I’m delighted it has now been dropped.”

Therese added: “Thank you to the local residents that brought this to my attention – and for their active campaign against its inclusion in the Local Plan.”

Following the planning inspectors interim recommendations, the next stage of the plan making process will involve the publication of the proposed modifications for a period of six weeks consultation beginning in October. The Inspector will then consider the responses before finalising his report. It is envisaged the County Council will adopt the final plan in the New Year.