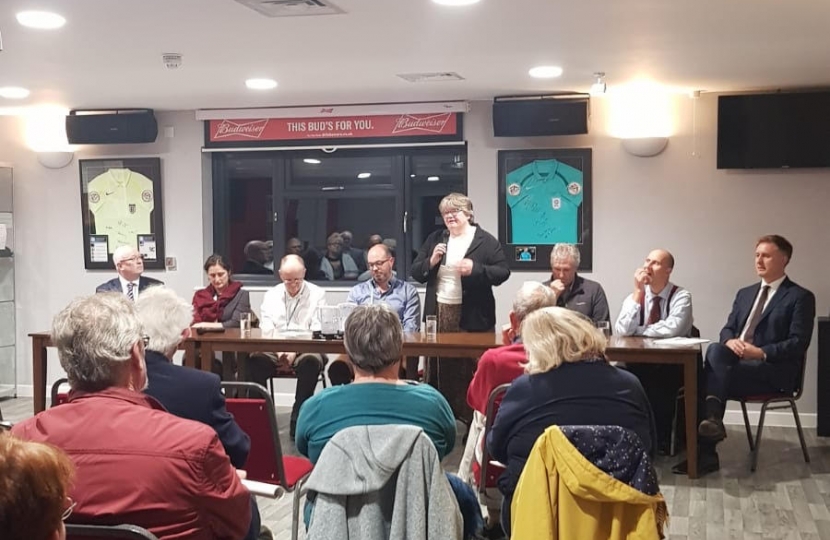 Therese said: “The first thing to be clear from the meeting is that the local NHS reaffirmed its commitment that the community hospital is not under threat in any way. In fact, more services are coming, such as the frailty service which will be proactive in the Felixstowe community.”

Therese added: “I’m also delighted that the previous IT issues are going to be addressed by the investment in new IT software that will enable the town’s four GP practices and 111 call handlers to directly book same day appointments – which will be in place by the New Year. This is something I previously received assurances on when the service changed and is hugely important for patients.”

“Importantly, the CCG has also commenced a review of the Directory of Services deemed suitable for treatment at the MIC as opposed to being directed to Ipswich or Colchester. They want to know your views on that – by emailing comms@suffolk.nhs.uk and putting Felixstowe MIC in the subject field.”