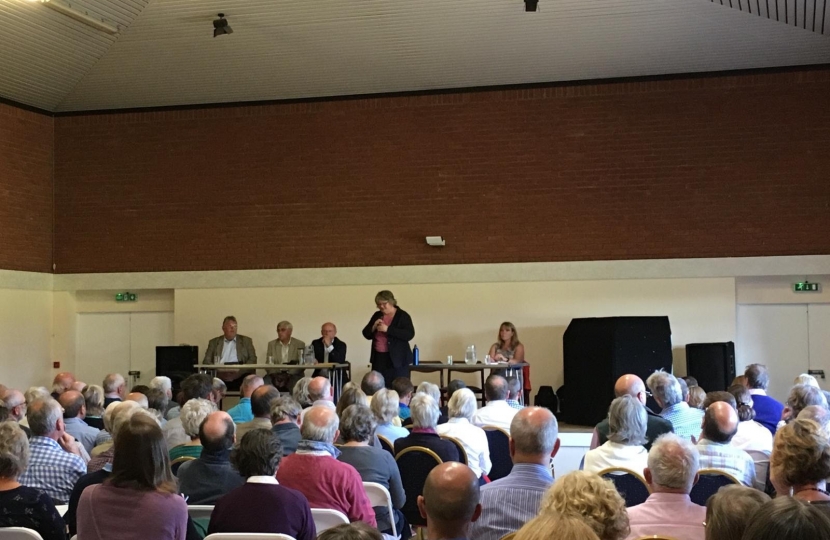 Therese has formally objected to the Development Consent Order submitted to the Planning Inspectorate by Scottish Power Renewables for onshore infrastructure required to facilitate both East Anglia North One and East Anglia Two windfarms.

Whilst reinforcing her support for the principle of offshore wind generation, Therese has objected to the size and scale of the substations proposed at Friston and the associated cabling corridor across 9km of sensitive landscape.

Throughout the previous consultation stages, Therese suggested alternatives to Scottish Power Renewables, including the proposed nuclear site at Bradwell, which would have meant less onshore cabling and substations in a more appropriate location. Unfortunately, SPR chose not to pursue that suggestion.

Concluding her letter to the Planning Inspectorate, Therese states that because of the impact of the proposal on the countryside, vital habitats, heritage assets, the amenities of local residents and tourism, she formally objects to the DCO applications.

Read Therese's full response to the consultation below.