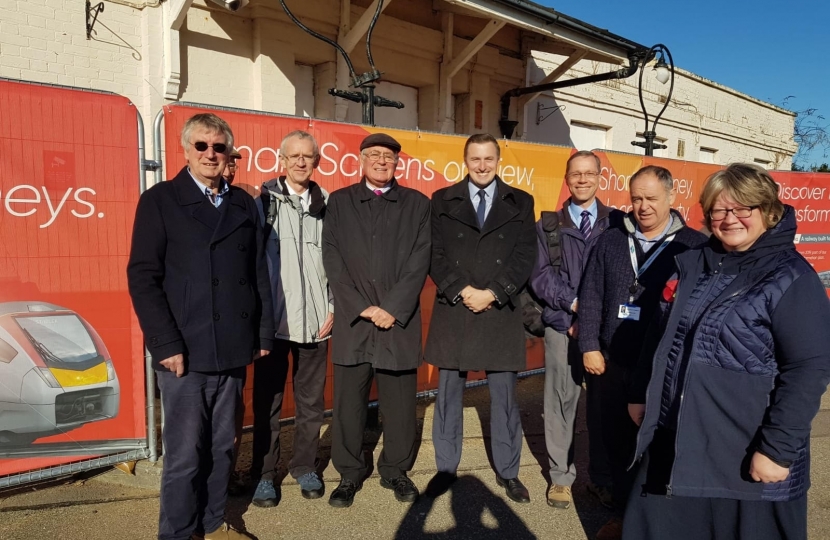 Therese has expressed her disappointment about the further delay in restoring the ground floor of Saxmundham station following confirmation from Greater Anglia’s Head of Corporate Affairs, Jonathan Denby, that the work will not now be completed until July.

Repairs to the station building were given the go-ahead in 2019, following a fire in February the year before which led to the removal of the first floor.

Therese said: “It has been three years now since the fire and 18 months since approval was given for the station’s restoration. We know that there have been delays with Covid but I think it is a very poor signal from Greater Anglia on their attitude to customers that they chose to prioritise the car park upgrade with charges rather than on restoring the station for passengers. There really is no excuse that this took priority and while we were promised that the work would be completed by Easter, this is now further delayed till July. I will continue to press them and the Rail Minister on this issue to try and prevent any further delays.”

Therese added: “I also followed up on the lack of northbound shelter. The good news is that it has now been replaced.”