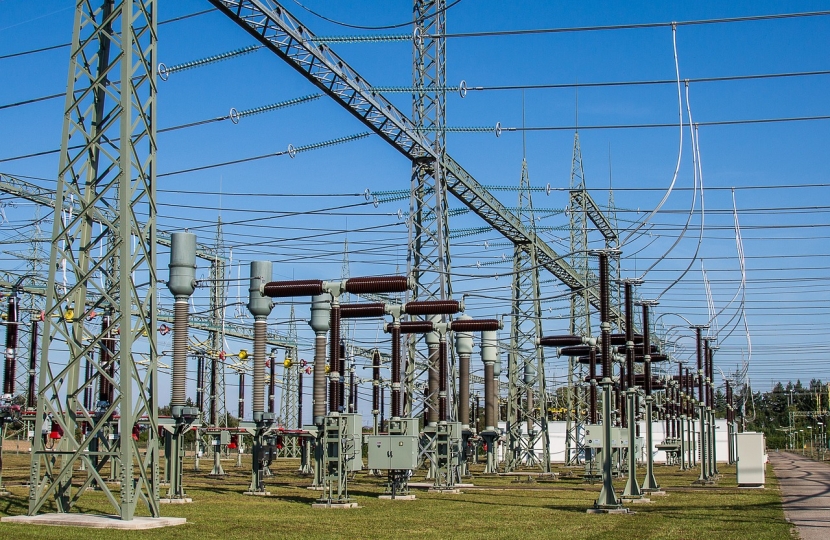 Therese has written a terse letter to the Chief Executive of National Grid, John Pettigrew, after she became aware that they have already offered the Galloper offshore windfarm an onshore connection to the grid at Sizewell. This would mean an additional, albeit smaller, substation within a maximum of 5km of the proposed site and there is an outstanding question on pylons.

Therese said: “I was already extremely concerned about the cumulative impact of the onshore infrastructure of all the planned energy developments in Suffolk and have had meetings with Ministers about this. The Energy Minister is taking up the connection issues with National Grid at my request setting out our local concerns – and this further proposal is not acceptable. Furthermore, the threat of new pylons simply cannot be allowed to come into the AONB and our Suffolk countryside.”

Therese said: “I strongly support the move to zero-carbon but this cannot be at the expense of the natural environment. I am pressing for answers from National Grid and will also take up this latest proposal with Ministers.”