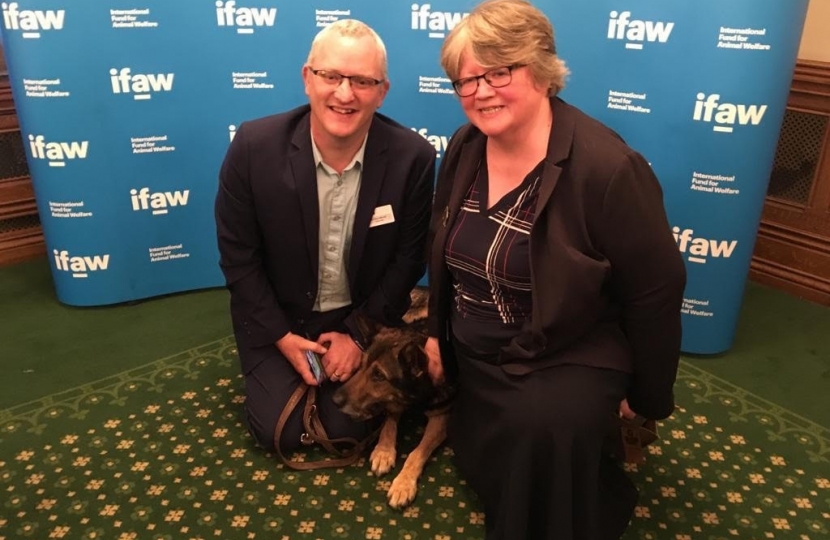 Therese was delighted to meet the stars of Britain's Got Talent – Finn and his handler PC Dave Wardell – in Parliament tocelebrate 'Finn's Law' – the Animal Welfare (Service Animals) Act, which came into force last Saturday.

The new law makes it harder for those who harm service animals to claim they were acting in self-defence and means it is now a criminal offence to cause them unnecessary suffering.

Finn was stabbed as he protected PC Wardell from an attacker in 2016. It is important that our four-legged friends serving to fight crime are recognised as well as the officers.

'Make good use of bad rubbish' is the motto of the Wombles who hit Westminster recently to launch this year’s Great British Spring Clean, led by environmental charity, Keep Britain Tidy – and with one month to go, Suffolk Coastal MP, Therese Coffey is encouraging people to get involved.