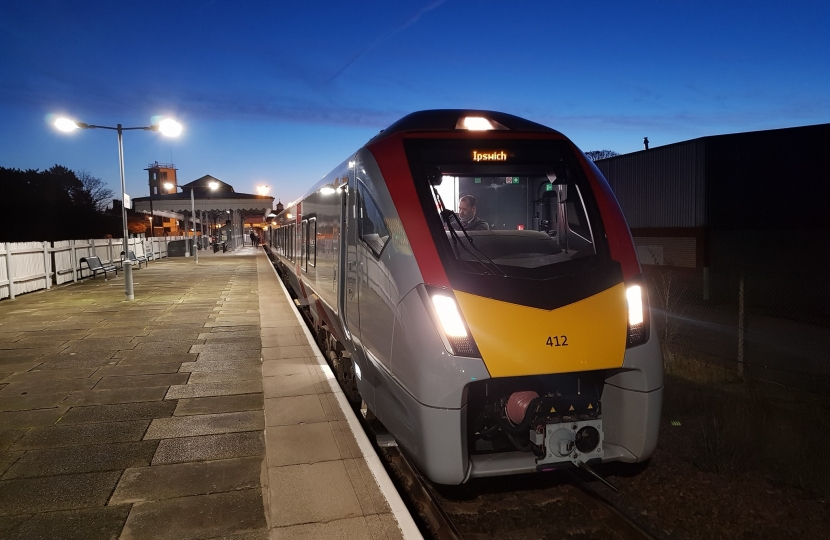 Therese has written to the Transport Secretary asking him to intervene after yet more disruption on the railway in East Suffolk. The disruption comes as a result of a problem with how the wheels of Greater Anglia’s new trains connect with the track safety signalling system.

Therese said: “I am extremely concerned about the recent catastrophic performance of Greater Anglia’s newly introduced trains on the rail network in Suffolk.  After such significant investment and assurances about testing of every new train, the impact on constituents has led to their confidence in the rail system collapsing. This affects not just people getting to work but also young people getting to school and college.”

Therese added: “I understand that Greater Anglia have set up a joint industry taskforce between the train manufacturer and Network Rail to try and find out what is going but this just isn’t good enough – and I am worried about how Network Rail is handling this. We need a safe solution and fast. I have requested an urgent meeting with Network Rail and have asked the Transport Secretary to intervene.”