£15bn Package to help with the Cost of Living 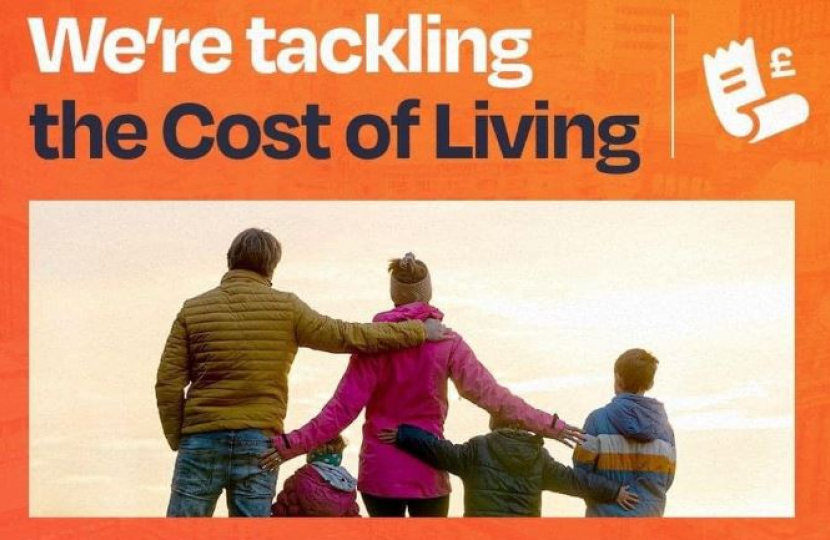 Today in Parliament, the Chancellor unveiled a £15bn package of targeted support to help individuals and families with the rising cost of living.

This includes a new, one-off £650 payment to more than 8 million low-income households on Universal Credit, Tax Credits, Pension Credit and legacy benefits, with separate one-off payments of £300 to pensioner households in receipt of Winter Fuel Payments and £150 to individuals receiving disability benefits – groups who are most vulnerable to rising prices.

As Secretary of State for Work and Pensions, Therese has been involved in making this happen including mobilising her department to make payments by July.

Separately, the Chancellor announced that the energy bills discount due to come in from October is being doubled from £200 to £400, while the requirement to pay it back will be scrapped.

This new Cost of Living Support package will mean that almost all of the eight million most vulnerable households will receive at least £1,200 of extra support this year – equal to the average energy price cap rise over this year.

Senior Ambulance Service Staff to be Questioned on Response Times

Therese was disappointed to see this week that the most recent average ambulance response times for category 2 emergencies are double what they should be calling them 'shockingly bad'.