Government Commitment Could Lead to Freeport for Felixstowe 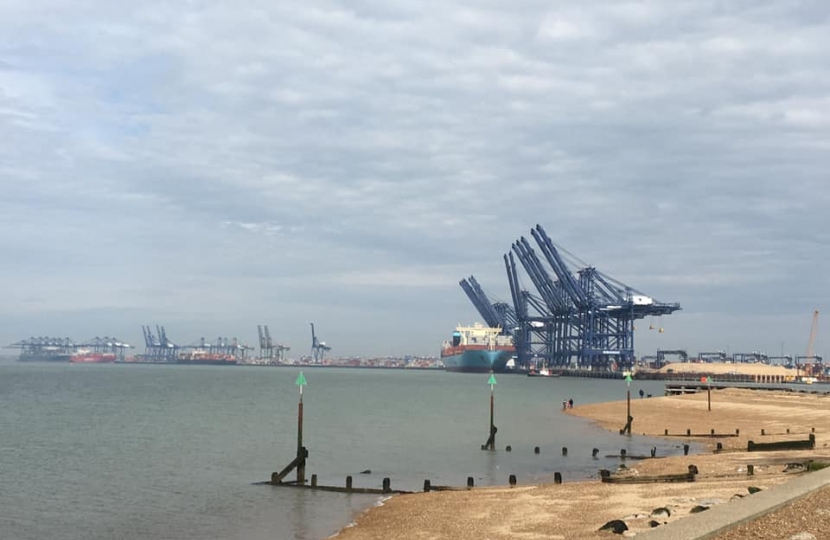 Therese has welcomed the government’s response to the Freeports consultation, which commits to ‘revitalising port regions through an ambitious Freeport policy’.

The Government consulted earlier this year on developing a UK freeport model based on successful freeports around the world. Freeport status – including tariff flexibility - would promote the faster flow of goods, including creating national hubs for global trade. It’s also likely successful freeports would qualify for additional infrastructure funding and measures to incentivise innovation.

Therese said: “Leaving the EU creates new opportunities for the UK to become a hub for international trade and investment and I’m delighted the Government’s consultation response has confirmed its intent to deliver Freeports.”

Therese added: “I responded positively to the consultation and have been working closely with the Port of Felixstowe and Sir Bernard Jenkin MP across the water for Harwich on how we can boost our chances of Freeport status. Felixstowe is, of course, the UK’s largest container port and Harwich an important terminal for roll-on/roll-off non-containerised freight. If successful, this would be a good boost for jobs and prosperity on both sides of the Harwich Haven.”

The Government intends to launch its Freeports allocation process shortly.

The Chancellor has set out the detail of the grants which will be made available to businesses as a result of the latest lockdown.