FA Cup Comes to Parliament to Celebrate Work of the FA 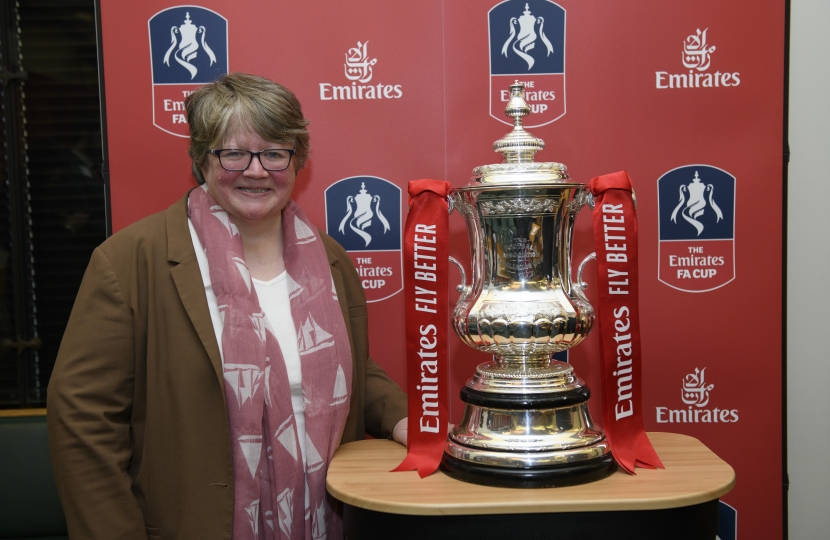 Therese was able to get her hands on the FA Cup when it appeared in Parliament recently to showcase the work of the Football Association.

Twelve million people play our national game each year and it’s the FA’s job to ensure everyone who participates has a great experience. They oversee leagues, coaching, refereeing qualifications and also help provide funding for our grassroots game.

Local clubs like Felixstowe & Walton Utd and Sole Bay United FC have benefitted from grant funding from the FA in recent years, so thanks to them.

Alongside her Parliamentary colleagues, Therese has submitted the below response to the National Grid Offshore Coordination Project consultation to ensure that offshore energy firms bring their electricity back onshore via integrated connections.