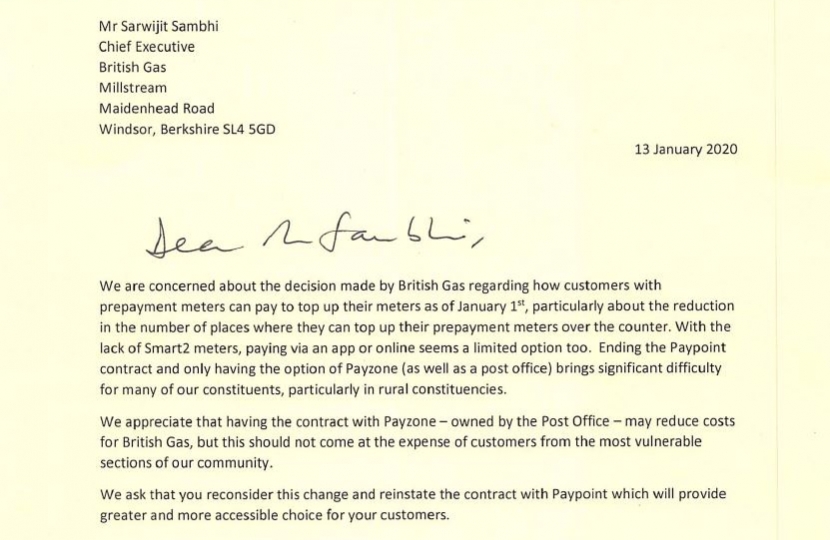 Ninety-four Conservative Members of Parliament have signed a joint letter to the Chief Executive of British Gas, Sarwijit Sambhi, calling on him to reconsider the company’s changes that have significantly reduced the number of places customers can top up their prepayment meter.

The letter states that ‘ending the Paypoint contract and only having the option of Payzone brings significant difficulty for many constituents, particularly in rural constituencies.’

Suffolk Coastal MP Thérèse Coffey who authored the letter said, “I picked up on this issue locally and discovered that the number of places where people could top up their meters had shrunk considerably, making it more difficult for people in their daily lives to keep the electricity going. The number of MPs that signed the letter shows the widespread level of concern across the country.”

Therese added, “While British Gas are rolling out smart meters, which would allow customers to top up online, it is not happening quickly enough and not every household may be eligible. While I understand this these changes may save British Gas money, it should not come at the cost of customers, many from the most vulnerable sections of our community. We are calling on British Gas to reinstate the contract with Paypoint.”

Read the full text of the letter here: